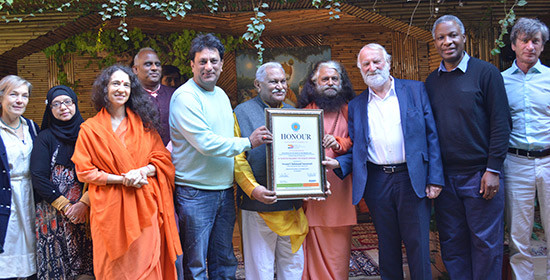 Pujya Swamiji, Founder of DSF, and Sadhvi Bhagawatiji, President of DSF were each awarded by the World Brahman Organization.  Pujya Swamiji was awarded with the “International Peace Award” for outstanding contributions to humanity, and Sadhvi Bhagawtiji was the “Women’s Empowerment Award” for outstanding contributions to society.

These awards were to be presented at the House of Commons in London on October 1st to Pujya Swamiji and Sadhvi Bhagawatiji.  However, they could not make it to London during that time, so World Brahman Organization traveled to Rishikesh to give them the awards. 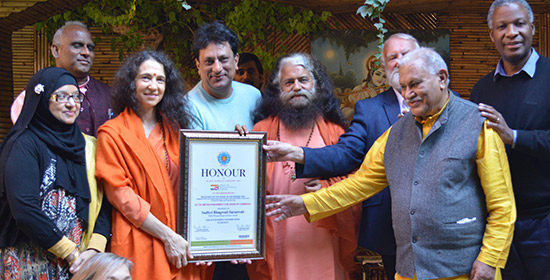